Waterpolo was restarted at Grey in 1994, with the first matches being played in 1995 against local schools. It wasn’t until the late 1990s where Grey started to compete at a National level. Our numbers have grown from just one team in 1995 to thirteen teams in 2007 (including Grey Junior School). In 2006, both our u14 and u15 sides were crowned SA Champions as well our 1st team competing in numerous SA finals across the country. Our 1st team won the prestigious SACS
Tournament in 2012 and the KES Tournament, for the first time, now in 2014. The u14 team has played in the finals of top tournaments for the last six years winning several of them. Grey has produced numerous SA Schools’ players in recent years. The last two players selected for the u18 SA Schools side were Nick Beswick (2013) and Jason Evezard (2013, 2014).

Matches are played against the top waterpolo playing schools in Eastern Cape on most Saturdays. The u14A and B, u15A and B, 1st and 2nd teams travel extensively across the country to play in big tournaments. Top schools attend these tournaments and Grey get to play against the best. Some of the tournaments include SACS, Grey College, Vides, Clifton and KES, Ian Melliar u15 Tournament, Rondebosch u14 Tournament and Jason Murray Tournament. In addition, select players are entered into the Eastern Province Mens’ Waterpolo League. The senior team plays in the Premier division and the 2nd team in the 2nd division. 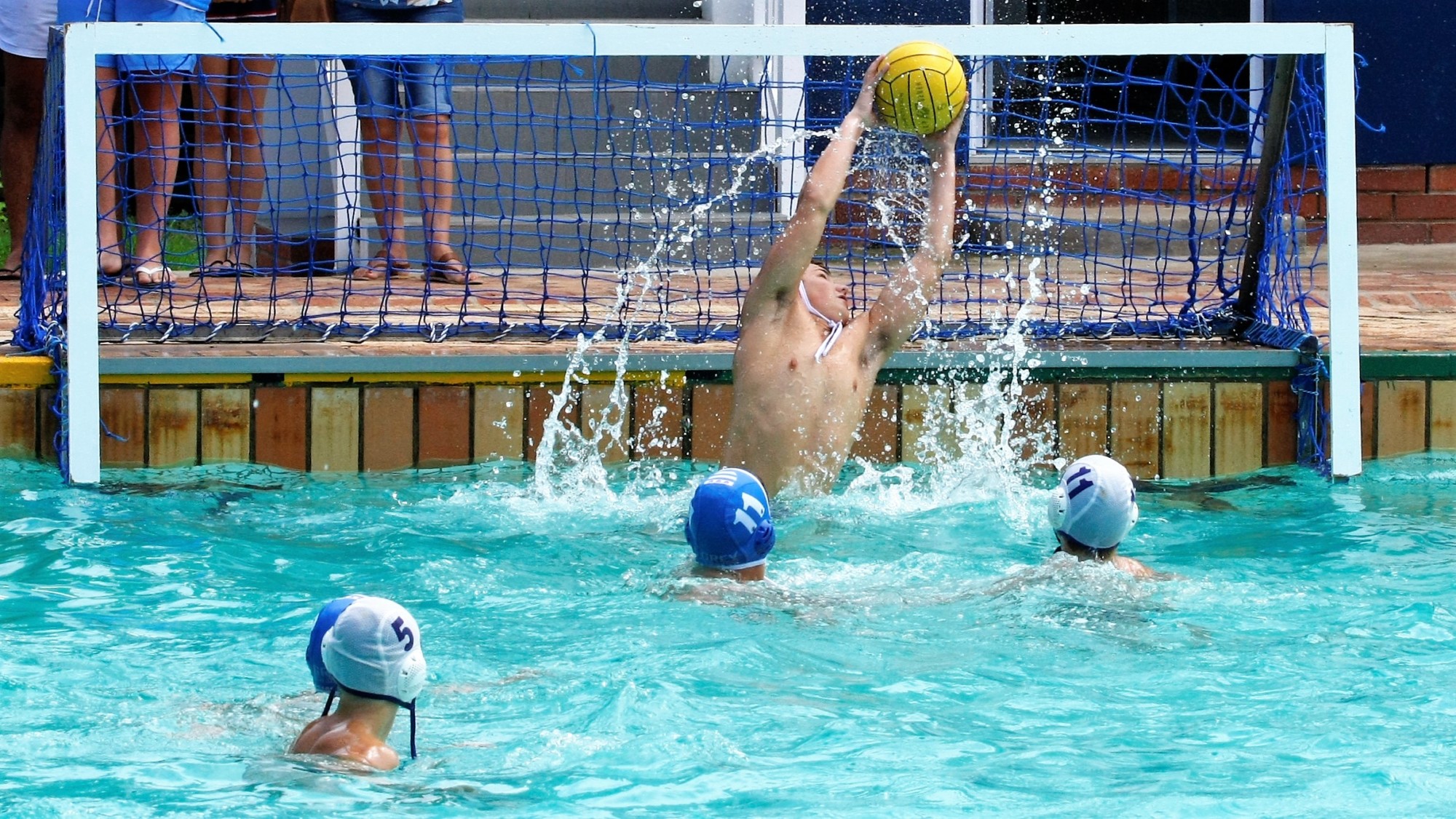 The season is split into various leagues in an attempt to accommodate all our players.

The 1st and 2nd team players are split amongst clubs and compete in the Premier League hosted on a Thursday night. Mr Luke Manthe and Mr Richard Rautenbach will oversee the boys’ involvement from a school perspective.

The Junior School league is hosted by Alexander Road on a Tuesday night, where our u14C, D and u15C and D teams compete on a weekly basis.

The Grey High School league will take place on a Wednesday afternoon (15:00 – 18:30), and consist of the following Grey teams: 3rds, 4ths, 5ths, 6ths, 7ths, u15A & B, u14A & B. Other local schools participating will be Collegiate High, Pearson High, Alexander Road, Woodridge, and few Grahamstown schools have also shown an interest. Our Powerade Aquatic Centre will play host to these fixtures, and Mr Richard Rautenbach and Mr Luke Manthe will oversee this league. 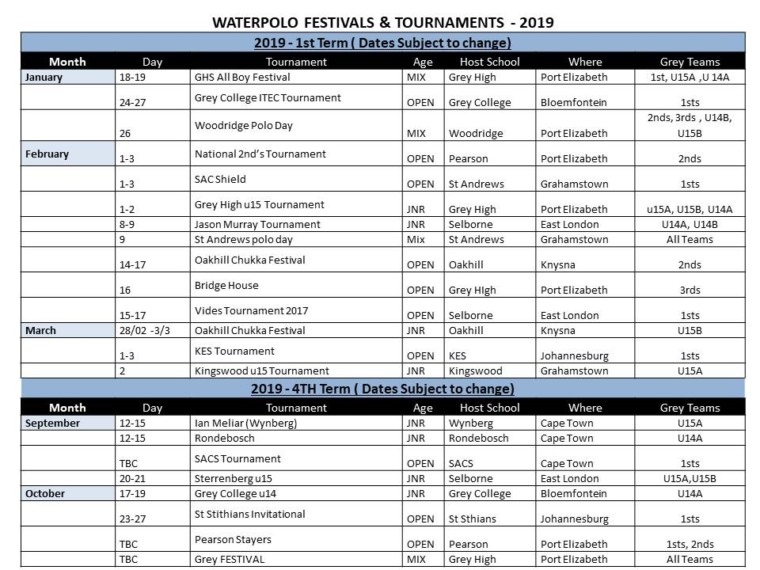 Waterpolo boys are to arrive and depart the pool areas dressed correctly. Full school tracksuit and suitable footwear should be worn to and from practices and matches. Coaches are going to be asked to be strict in this regard as the correct dress sends the correct message. The waterpolo attire, available at the School Shop,
includes the blue and white golf shirts along with the navy and azure blue shorts. Please ensure your son has these items for the water polo season.

It is deemed disrespectful toward the coach and team mates if you do not arrive / arrive late for practices and / or matches. Excuses for non-attendance must be communicated timeously with the coach involved.

Grey boys are reminded that they are an advert for the school and as such should always display the necessary sportsmanship. Yes, we play to win but not at all costs. Disputing referee decisions and /or showing dissent is unacceptable and will not be tolerated. 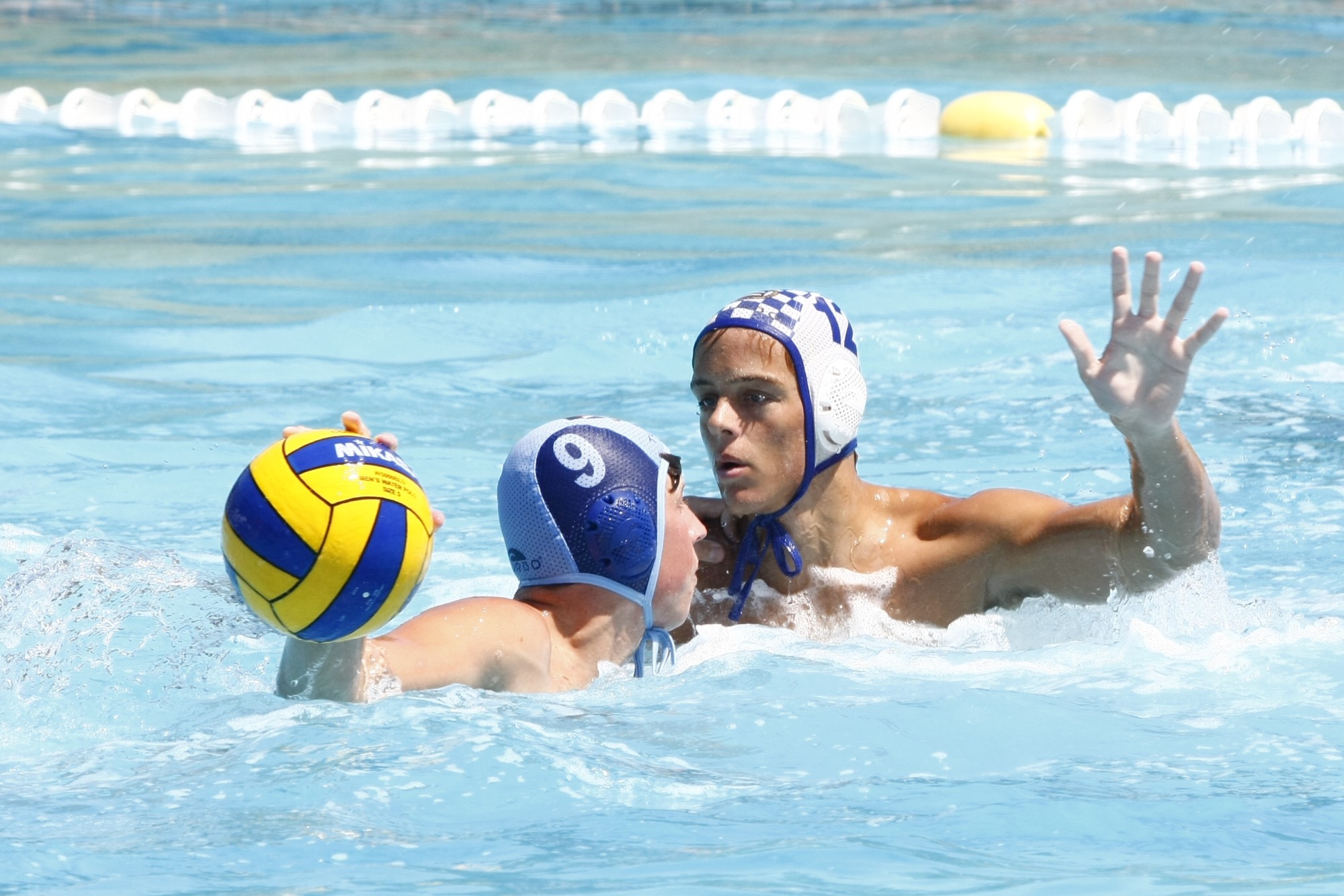 The coaching staff comprises of staff members and student coaches.

Waterpolo is proudly sponsored by: